20 million children out of school, a ticking time bomb - Obasanjo

20 million children out of school, a ticking time bomb - Obasanjo

Former President Olusegun Obasanjo warned that nearly 20 million children out of school remain fertile ground for another uprising in the country in the future. He issued the warning at the opening of a two-day national summit on higher education reform led by the office of the Speaker of the House, Hon. Femi Gbajabiamila.

He emphasized that not a single Nigerian child has been denied an education because of lack of facilities. “If we don't send them back to school, we are preparing for Boko Haram tomorrow. We must find a solution. So what are the problems? The problem for me is that we cut out more than we can chew. Who is looking at our population into the future, the next 5 years and the next 10 years, and what can we do about it? And beyond the most important food, who thinks about it and works with it? After food and after health, the next important aspect of our lives is education. No, if this is the position and these are the rights that we must have, then what are we to do? We know if we continue on this path, by 2030, 2040, 2050, what will our population be,” he said.

He said: "We had to think about it and how we sorted it out. And I believe you asked where did we go wrong? We lost our way when the whole world was talking about education for all and we did not follow. That is bad news. Today we have 20 million children out of school. Almost 10% of the population. We keep missing and we always miss. That is a very bad one. Can we do anything about it? I believe we can. “Those 20 million children that are out of school, we can get them back to school. If we do not get them back to school, we are preparing for Boko Haram tomorrow. It will happen as sure as the middle of the day. What can we do with these 20 million children? Where are they? Can we have morning and afternoon schools at least for six years? In six years, when this happens, we will be preparing for the transition from elementary to high school. And if we can do that, we have begun the process of improving education, a nation-building tool.”

Speaker of the House, Hon. Femi Gbajabiamila, who emphasizes the need to develop human resources, says the nation's greatest resource is its people. He said the summit was a manifestation of the 9th House of Representatives'

commitment to creating a national dialogue to consider bold ideas and far-reaching innovations to restructure and reform public university education in Nigeria. He said that for Nigeria to reach its full potential and achieve the greatness it can achieve, it must invest in its people.

‘SSANU, NASU not invited to the summit on education’

A fire has consumed 14 classrooms and an administrative...

The Allan and Nesta Ferguson Scholarship 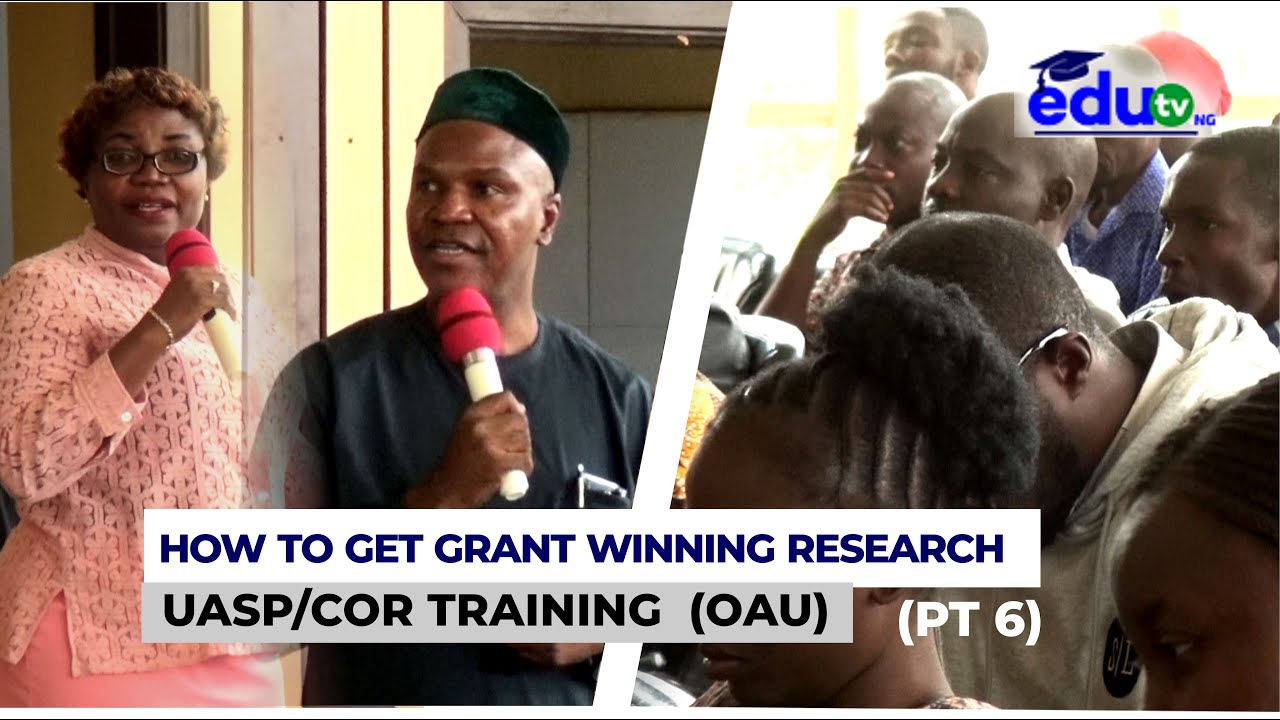 HOW TO WIN A RESEARCH GRANT TRAINING BY UASP/COR TRAINING...

This program is how to win research grant training workshop held by The Central...